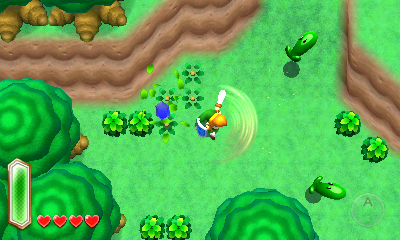 The game will be set in the same world as Link to the Past, however it will not be a direct remake of LttP as previously rumored! Below are a few of the first screenshots of the new 3DS Zelda. Check out the full Nintendo Direct below the gallery.

A New Game in The Legend of Zelda Series: Nintendo developers are working on a new game set in the world of The Legend of Zelda: A Link to the Past, which launched for Super NES in 1992. The game makes use of the 3D abilities of Nintendo 3DS, and allows Link to become a drawing and move along walls. A 3D video of the new game is now available to download in the Nintendo eShop for Nintendo 3DS. The game is scheduled to launch this holiday season. 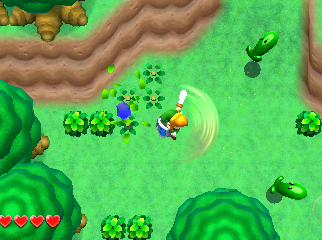 Link Spin Slash in the Forest 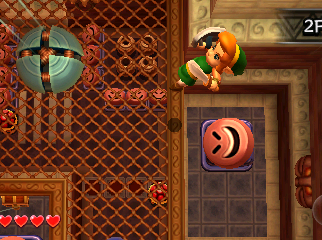 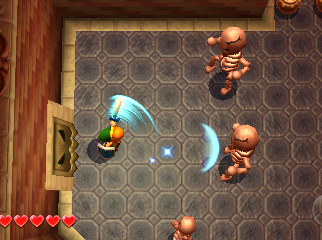 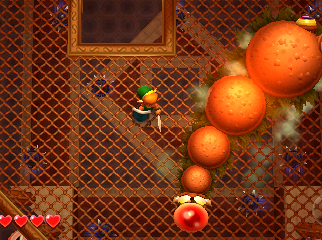 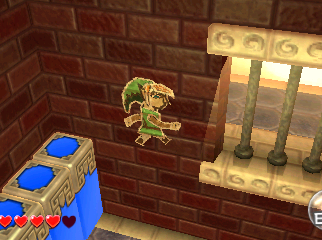