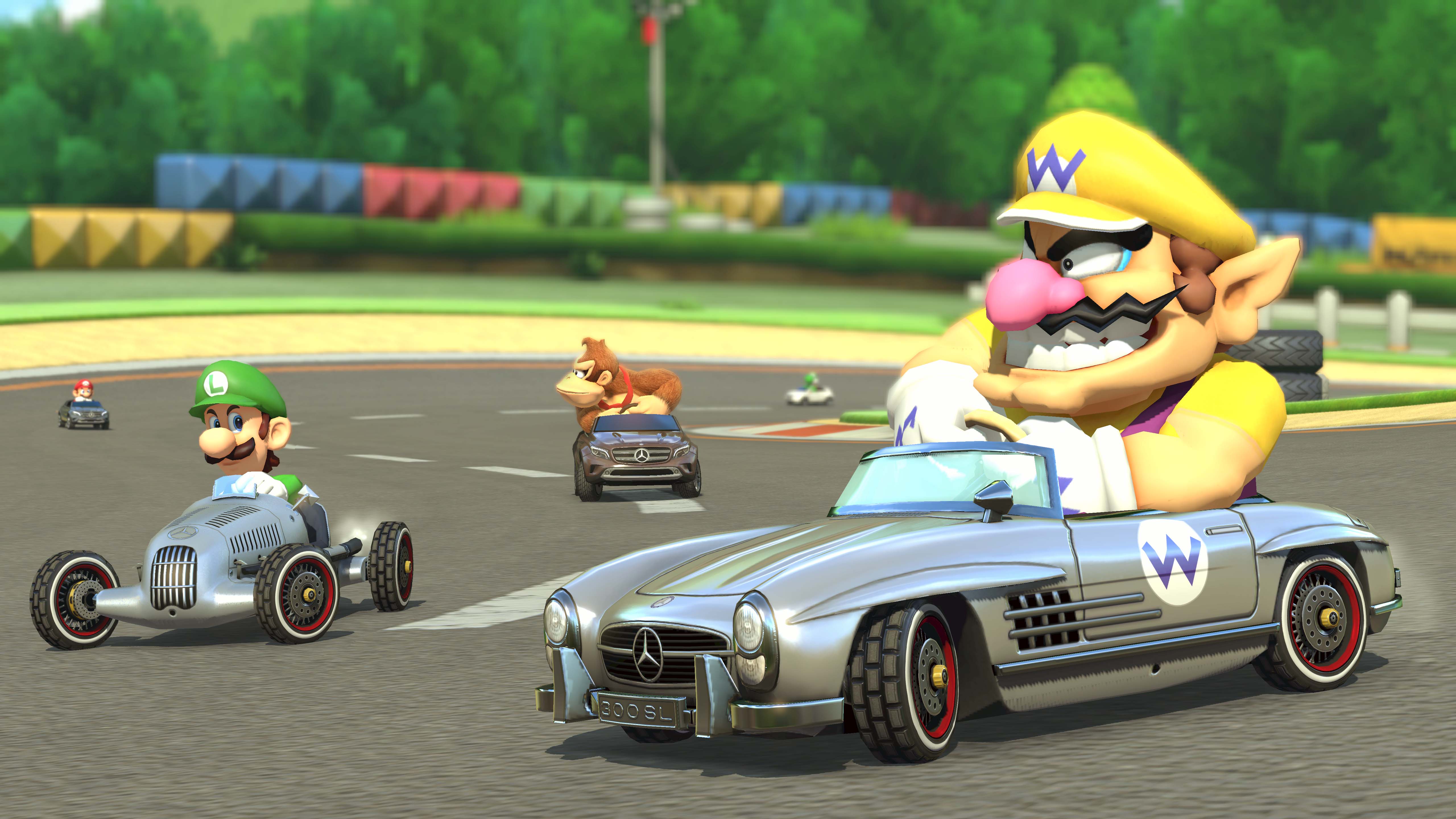 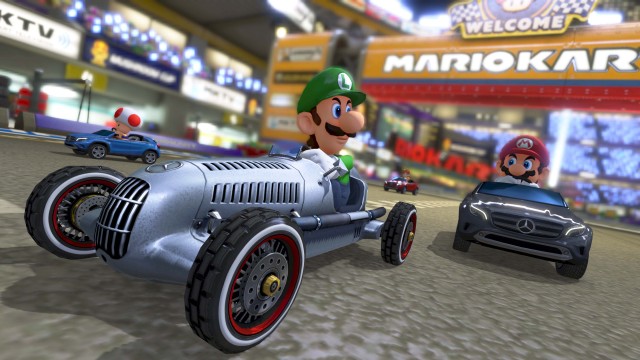 For the first time ever, Nintendo’s Mario Kart franchise will be powered by some real-world horsepower. An Aug. 27 game update to Mario Kart 8 for the Wii U console will deliver a variety of new features for players, including the ability in-game to download three free Mercedes-Benz cars that players can race: the modern Mercedes-Benz GLA, the 300 SL Roadster from the 1950s and the legendary Silver Arrow of the 1930s.

The GLA model comes with special wheel options, while players can customize all three new karts with various wheels and gliders in the game. The new content arrives on the 22nd anniversary of the launch of the original Mario Kart game, Super Mario Kart, which first launched in Japan on Aug. 27, 1992. To further celebrate the upcoming anniversary, Super Mario Kart launches today for $7.99 in the Nintendo eShop on Wii U. Players can now experience where the series got its start.

The Mario Kart 8 game update will also add a variety of new features designed to enhance the racing experience for everyone. These include:
• Drivers will now have the option to display the course map on the TV screen during races.
• The order of the menu after each race will be changed to “Next Race”, followed by “Watch Highlight Reel”.
• The game will remember the most recent kart options that were selected, even if the Wii U system was powered down.
• Users will be able to change options of other players’ Mario Kart TV downloaded highlight reels, such as changing the focus to different characters or actions.
• A score screen will be added so players can see how many coins they’ve collected, the win-loss record of their online battles and their frequently used characters.
• Improved the stability of the online connection to enhance user experience during online battles.