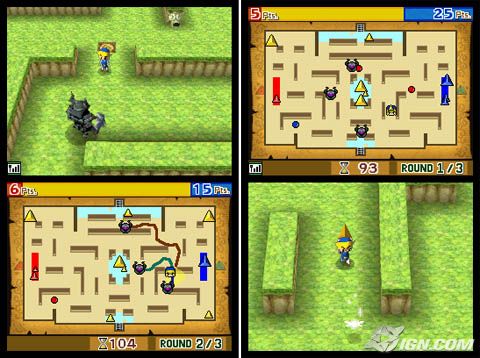 “The last we saw of The Legend of Zelda: Phantom Hourglass was at the Electronic Entertainment Expo last year where Nintendo cobbled together a four level demo for the show. Since then, all has been quiet in the first touch-screen Zelda game. At the Game Developers Conference in San Francisco today, the company prepared a new demo for show floor attendees which spotlighted a new mode in the upcoming DS game: battle mode”… read on over at IGN DS

Nintendo has yet to announce any sort of release date. The demo at the San Francisco developer conference was more of a teaser of a feature that may make it into the game in the future. I hope this one comes out around Christmas time or earlier! 🙂