At Nintendo’s press conference in Japan today they announced the Japanese release date and price for the Nintendo 3DS. It will be coming February 26th, 2011 for a MSRP of $300 including tax (The Japanese consumption tax rate is currently 5%, so the MSRP of the Nintendo 3DS without tax is $285). The design of the console in the pictures released has not changed, but the colors available at launch in Japan will be Aqua Blue and Black. The US release date of the Nintendo 3DS has also been announced. Preorders have also began! Buy Nintendo 3DS (Aqua Blue) [no money-down reservation only] at Play-Asia.com (this is a Japanese Import!) 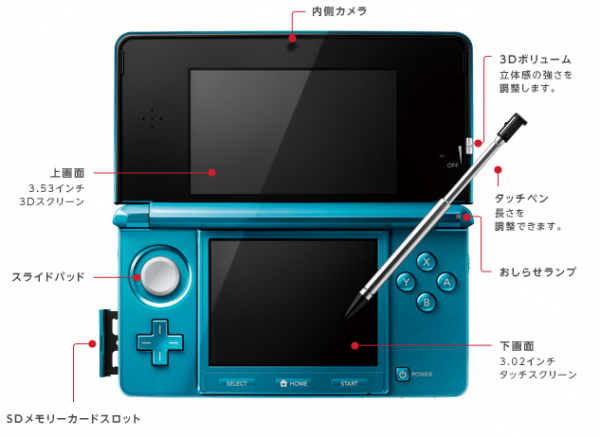