March 27th is Nintendo 3DS’ bday! To celebrate Nintendo’s got some neat facts about the 3DS for us!

The launch day sales of 3DS are Nintendo’s strongest ever. In June of 2011 Link appeared in 3D for the first time ever on the Nintendo 3DS. Then, just 8 months later in October of 2011, the 3DS surpassed the first year sales of the Nintendo DS – the best selling video game system ever with more than 51 million units sold.

This side-by-side comparison shows how much stronger the 3DS launch year has been when compared with the Nintendo DS launch year. 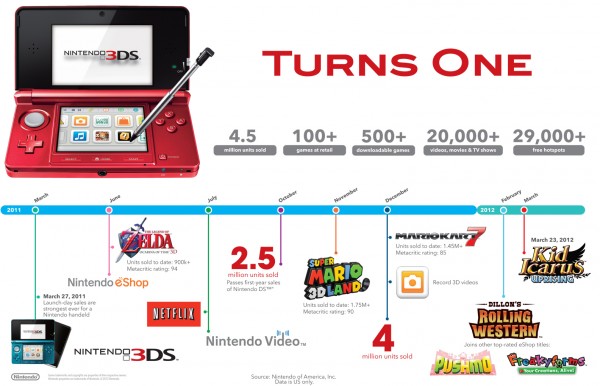