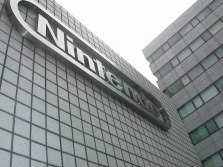 Might this be a hint at the possibility of Nintendo’s next portable console having an HD 1080p screen which would allow for streaming of games from the Wii U to the portable similar to the GamePad? Probably only a dream at the moment. Other possibilities could include streaming pokemon back and forth from the 3DS to the Wii U. Either way, expect more unique game features to come out of Nintendo in the near future!