For fans of the beloved Pokémon™ Mystery Dungeon video game series, this fall promises to be an especially thrilling one. Nintendo of America has confirmed an Oct. 12 release date for the new Pokémon Mystery Dungeon: Explorers of Sky game, a feature-packed adventure created exclusively for the portable Nintendo DS™ and Nintendo DSi™ systems.

Play as one of 19 different Pokémon including five additional starter Pokémon that have been added to the roster of Pokémon Mystery Dungeon: Explorers of Sky. There are more than 490 Pokémon to interact with in this immersive role-playing adventure that is engaging for longtime fans and series newcomers. Players assume the role of a Pokémon and team up with a partner Pokémon to save the world from destruction. The game also includes new “Special Episodes” that reveal secrets about certain characters in the Mystery Dungeon world. Pokémon Mystery Dungeon: Explorers of Sky also includes enhanced communication features where Nintendo DS and Nintendo DSi owners can trade in-game items and share a demo dungeon with friends through the local wireless communication. Players with wireless broadband Internet access can use Nintendo® Wi-Fi Connection to find special missions and rescue fallen friends.

Pre-order Explorers of the Sky and get free shipping from Amazon! 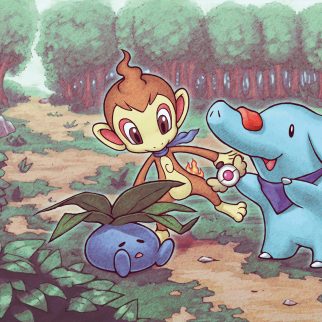 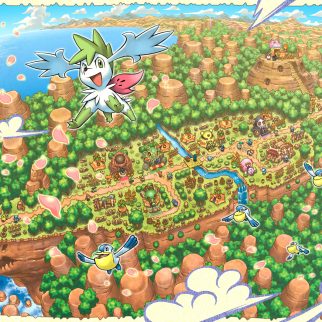