According to VE3D, Rockstar’s Table Tennis game for the XBox 360 is coming to the Nintendo Wii this Fall! I never played the 360 version because the idea of playing table tennis with a standard thumbstick didn’t sound too appealing to me, but this just might hit the spot!

“Ever since we released Table Tennis, fans have been asking us to create a Wii version,” said Sam Houser, Founder and Executive Producer of Rockstar Games. “By bringing Table Tennis to the Wii and utilizing the motion-sensitive Wii Remoteâ„¢, a new audience can now experience a game that is beautifully designed and impossible to put down.” 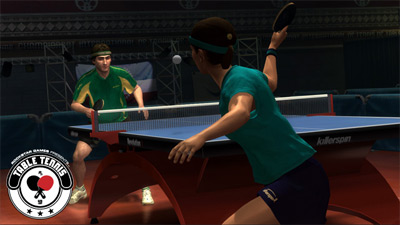