To the delight of High Voltage Software, Inc. Sega has agreed to publish their game The Conduit for the Nintendo Wii. The Conduit won multiple awards at E3 2008 including IGN’s Best Wii FPS, Best Graphics Technology for Wii, and Best Overall Wii Game. Conduit’s CEO Kerry Ganofsky had this to say about the partnership.

“High Voltage Software’s partnership with SEGA to publish The Conduit represents an important milestone for this studio,” said Kerry Ganofsky, CEO and founder of High Voltage Software, Inc. “SEGA shares our vision for the title and its tremendous potential, which is why we chose them from a long list of potential partners. With their support, we are confident that The Conduit will deliver the definitive shooter experience that Wii fans have been waiting for since the system’s launch.”

The Conduit takes players into a dark story in Washington D.C. after a vicious alien invasion has rocked the country. An organisation called the Trust has sent in Secret Service agent, Mr. Ford, to go up against the insect-like alien race known as “The Drudge.” Armed with an array of futuristic weaponry and an intelligence-gathering device simply called the “All-Seeing Eye,” players follow an intricate maze filled with conspiracy, shady government activity and terrifying aliens.

The Conduit’s detailed control system allows players to customise and configure their controls, including look sensitivity, turning speed, the dead zone and much more. As players delve further into the mystery behind the extraterrestrial invasion, shocking details reveal that the invasion may have been brought on with help from the government itself.

Powered by High Voltage Software’s groundbreaking Quantum 3 engine, The Conduit ensures that players will experience single and multiplayer gameplay with graphical fidelity never seen before on the Wii. The Conduit will also support the recently announced Wii Speak peripheral, allowing online multiplayer gamers the ability to chat as they destroy aliens in each terrifying level. Additionally, the game will take advantage of the Wii MotionPlus for optimal control.

The Conduit is slated to release in Spring 2009 exclusively on the Nintendo Wii.

Here are some new “The Conduit” screenshots and Logo: 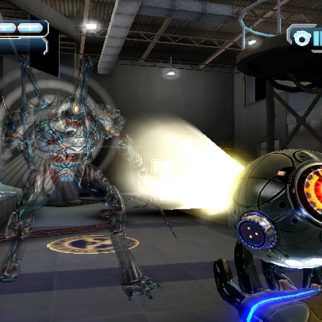 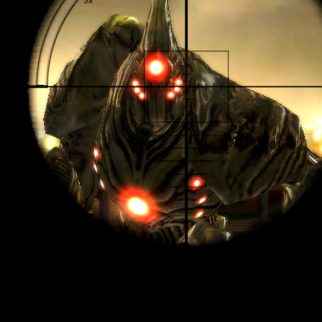 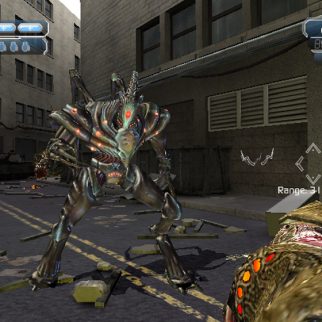 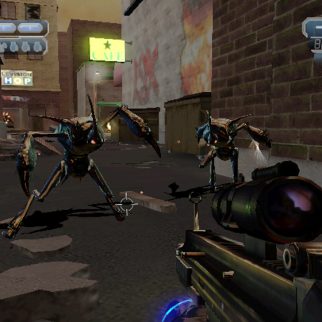 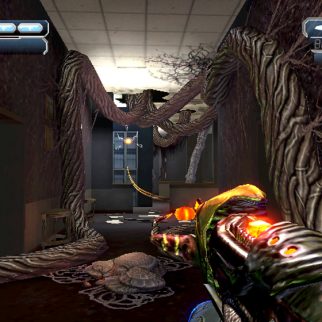 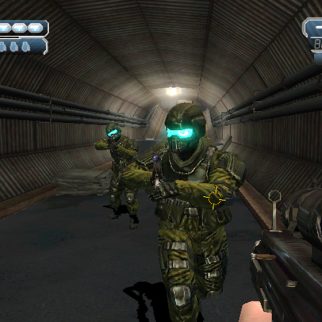