The latest masterpiece by legendary video game designer Shigeru Miyamoto puts a smile on the face of everyone who plays it. Until now, no game has matched the sheer fun and sense of delightful awe produced by the groundbreaking Super MarioÂ® 64. Using the Wii Remote and Nunchukâ„¢, players navigate iconic hero Marioâ„¢ through a series of planets, each with its own gravity, chaotic challenges and power-ups. The game bursts through the screen in vivid artistic detail, and a second player can even provide some assistance along the way. It blasts off Nov. 12. 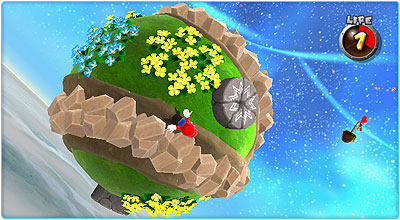