Since I haven’t updated the site in quite a while, just in case you have been living under a rock, the Rareware developers of old are at it again, this time on their own — with a brand new platformer game, Yooka-Laylee! The game is being funded by kickstarter and there are only 10 days to go before the funding rounds end! They have raised over 2.7 million dollars so far so the game is definitely coming. Yooka-Laylee will be released for Windows, Mac, Linux, Xbox One, PlayStation 4 and Wii U!

By helping fund the game you can reserve your copy of the game early! Click here to view the Kickstarter page for the game

Here’s an epic wallpaper they just released too. 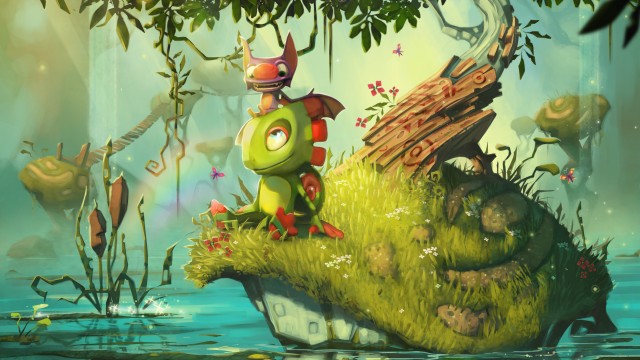