Nintendo has now unleashed the original NES Final Fantasy download pack for the Wii! The Earth begins to decay, winds die, the sea lashes in rage, and darkness clouds the skies but fear not for the people patiently await four warriors bearing crystals to fulfill their prophecy. “When darkness veils the earth, four Warriors of Light shall come….” Rated E for everyone the Final Fantasy NES game costs a mere 500 Wii points and became available on Oct. 5, 2009. So what are you waiting for?! Log onto your Wiis go to downloads and start the adventure! Sleep is for the weary, gaming is for the insane! ^^ 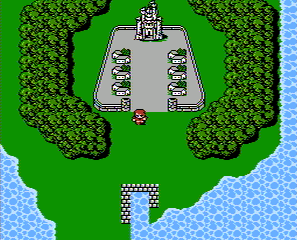