A new world has appeared in the Sinnoh region: the mysterious new Distortion World, where the normal rules of Time and Space don’t apply.

Discover never-before-seen forms of powerful Pokémon. Beyond Time and Space lies a Pokémon unlike any other: Giratina™ Origin Forme. Players can witness an epic encounter between Legendary Pokémon.

Travel across the Sinnoh region catching, training and battling with Pokémon.

Players who have wireless broadband access can explore the new Wi-Fi Plaza, a virtual Pokémon amusement park filled with activities, including three new mini-games where up to four players can compete at once. Up to 20 players from around the world can connect together in the Wi-Fi Plaza to experience games, take part in parades and even see a fireworks show.

The Global Terminal is where online players from all around the world can come to post their Pokémon for trade to other players without ever meeting or talking to them. This allows for a greater variety of Pokémon a player can collect, and also allows them to get Pokémon from other countries. Players can also use the new Vs. Recorder, which allows them to save and post “videos” of their most exciting battles online for everyone to see.
Enhanced Storyline: New characters add to the story, including Looker, a member of the International Police who is in pursuit of Team Galactic. Looker helps players throughout their adventure. Team Galactic has a nefarious scheme: They turn their sights on the Legendary Pokémon of Sinnoh – Dialga™ and Palkia™ – when the powerful Giratina also enters the picture (all three Pokémon appear together in this game for the first time).

How to progress through the game: Travel across the Sinnoh region catching, training and battling with Pokémon. Players must stop the evil plans of Team Galactic on their journey to become a Pokémon Master.

Characters: Giratina, Turtwig, Chimchar, Piplup and hundreds of other Pokémon.

Giratina Origin Forme: In the Distortion World, Giratina appears in its new Origin Forme, exclusive to Pokémon Platinum Version. The Origin Forme features different attributes than those the character had in Pokémon Diamond Version and Pokémon Pearl Version, including the Ability Levitate, which makes Giratina immune to Ground-type attacks. Giratina will revert to its Altered Forme (seen in Pokémon Diamond Version and Pokémon Pearl Version) once a player encounters and catches it in Pokémon Platinum Version, but players may transform Giratina back into its Origin Forme by having it hold a special item found in the game.

New Locations:
Distortion World – As the story unfolds, players will encounter the mysterious new Distortion World, an area unlike any seen in a Pokémon game before. The normal rules of Time and Space don’t apply to this world. Players leap from pieces of land suspended in midair, walk sideways and even upside-down. The Distortion World, where the powerful Giratina Origin Forme resides, is somehow connected to the regular Pokémon world.

Wi-Fi Plaza – When players first arrive at the Wi-Fi Plaza, they will be loaned a Tap Toy for use in the Plaza. To play with the Tap Toy, players touch a button on the touch screen to make different light and sound effects. Players can trade Tap Toys with other players in the Plaza. Also, players can get upgrades to their Tap Toys by doing well in Plaza Games. The Plaza Games consist of three mini-games that can be played by up to four players at a time. As closing time draws near, exciting things happen in the Plaza, including a fireworks show and Pokémon float parade. 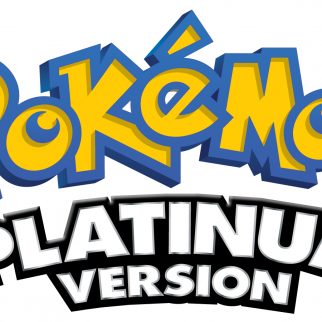 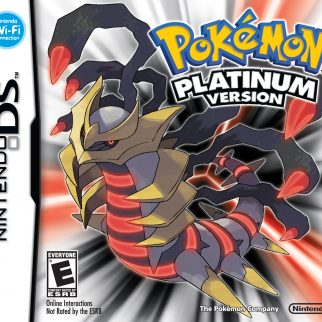 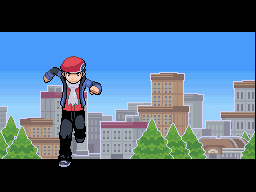 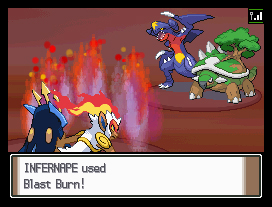 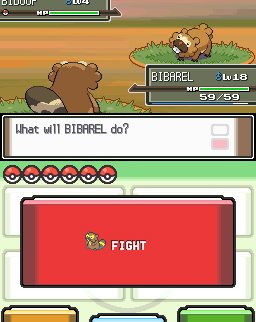 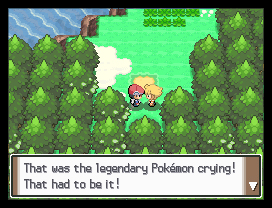 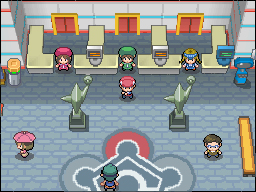 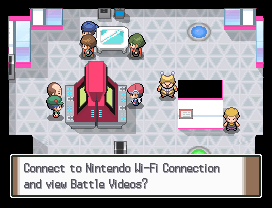 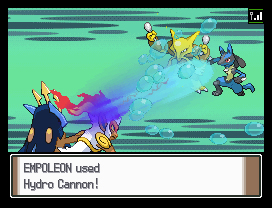 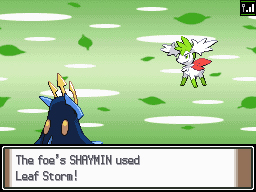 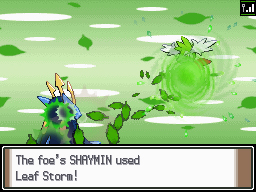 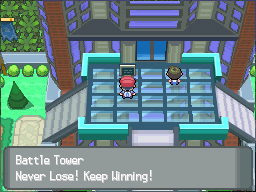 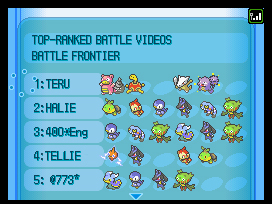 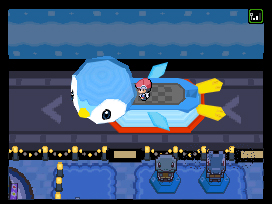 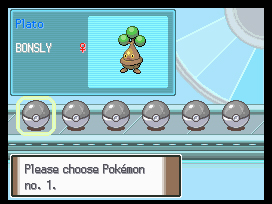 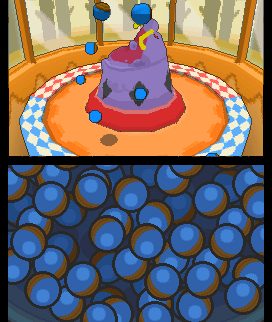 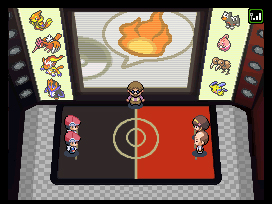 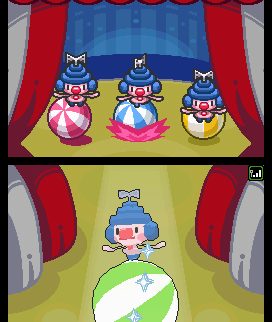 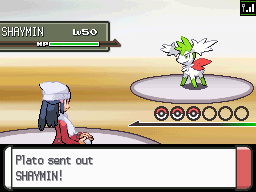