I got Link’s Crossbow Training for Christmas this year. (Thanks Shani!:) We had all the relatives over along with my girlfriend and my brother so we all had a go at the crossbow. Following are my impressions of the game. 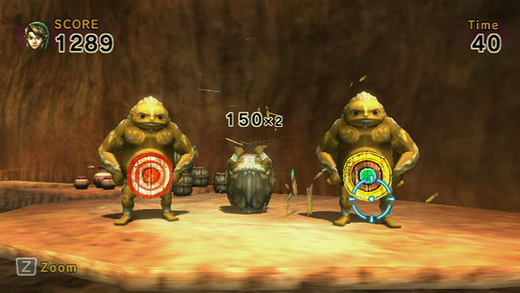 When I first loaded up the game and started waving my wiimote around I noticed that the pointer in the game was not as smooth as I had thought based on videos of the game. The cursor seemed to “snap” to an invisible grid. I was afraid that this would drastically effect my accuracy in the game. Fortunately after the first couple of rounds I noticed that this was not the case. The controls were smooth enough to accurately shoot the targets, sure it’s no first person shooter but it is good enough to be great fun.

Being the type of person I am I did not read the manual. I later accidentally found out that you can calibrate the cursor in the game so that while you are pointing the Wii Zapper at the screen the crosshair will be centered relative to where you are pointing. This helped a LOT. I recommend that you calibrate your controls before heading into the game. 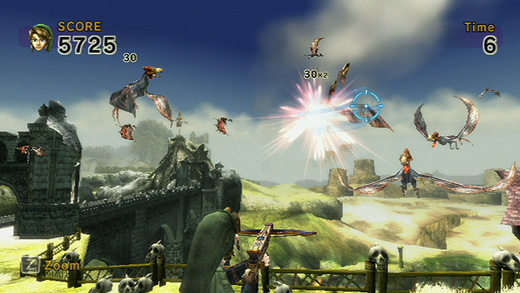 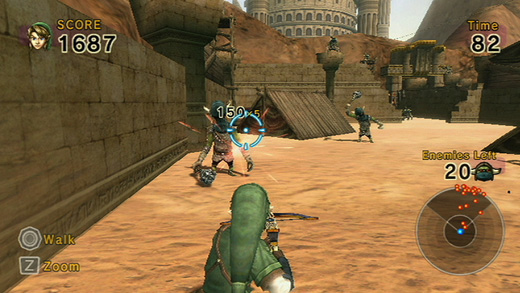 The same goes for the sound as the graphics. They are both equals. The sound does an excellent job of getting you into the mood as always with in-house Nintendo games.

Buy this game. For $20 including the Wii Zapper it just can’t be beat. It is currently one of the better party games for the Nintendo Wii if you don’t mind taking turns. Have fun and don’t forget to leave some feedback on this review below!